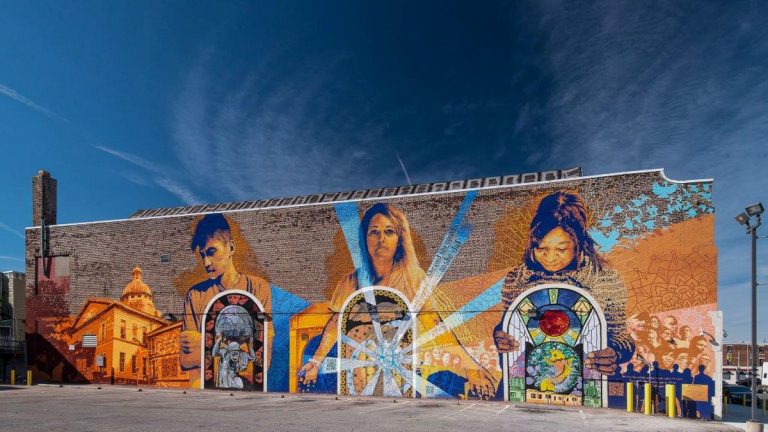 When Tanya Barie, 33, relapsed after almost a year of sobriety, she says it was a wake-up call.

“I’m tired of living a crazy life,” she says. “I’m trying to do things differently with this relapse, because I’m just tired of being tired.”

It wasn’t Barie’s first slip since she quit Percocet in 2013, but it was the first since she became a mother several months ago.

“I want to be different,” she says, bouncing her infant son on her lap. “I want to be the best mother I can be for him.”

That brought her to a church basement in suburban Philadelphia that hosts one of the hundreds of 12-step meetings held each week across the region. In most ways, it feels just like any other recovery group. There’s coffee, people smoking in the parking lot and a set script that almost everyone in the room knows by heart.

But one thing that makes this meeting different: It’s all women. Barie, who says she’s always felt anxious speaking in front of groups, says that makes a big difference.

“My first time here was last week, and I immediately was like, I’m making this my home group,” she says. “I didn’t feel embarrassed, and I didn’t feel judged.”

In the past four years, Barie says she didn’t feel the same comfort level when she attended mixed-gender meetings.

“There are certain things that I won’t bring up in front of a male-dominated room,” she says. “Because they don’t know what else a woman goes through.”

What women go through has become a growing focus in addiction treatment. While more men overall abuse drugs and alcohol, women’s heroin use has doubled in recent years, and their overdose deaths from prescription painkillers have increased by 400 percent, compared with 265 percent among men.

In terms of the overall number of people, the gender gap may be closing, but for women, the impact of substance abuse isn’t the same. Recent research shows that biological differences between men and women can have a major impact on how addiction — and ultimately treatment — play out.

“The issue with women is that women escalate more rapidly to more use, and have more problems related to use,” says Teri Franklin, a neuroscientist at the University of Pennsylvania’s Center for Addiction Studies.  “And lately some of the newer literature is showing that [women] have more problems with withdrawal.”

Franklin has studied substance abuse in women for the past 18 years. She says it’s only recently that science has started understanding male-female differences. That’s because for a long time, she says, researchers avoided female test subjects.

There was a practical reason.

“These darn hormones keep getting in the way,” she says. “It was complicated, and that was the reason for a lot of different researchers to go another direction and stick with males.”

It may be those very hormones at the heart of what makes female addiction different. Franklin and other researchers say that women’s tendency to fall faster and harder into addiction may be linked to estradiol, a kind of estrogen that spikes during ovulation. During that time of the month, drugs can cause the brain’s pleasure center to light up even more than usual, causing higher highs, and stronger cravings.

“Are clinicians using this information to tailor treatment strategies? Most likely not,” Franklin says.